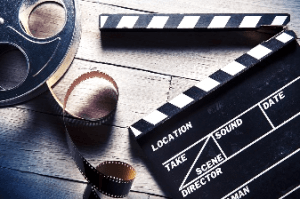 Bringing the Silver Screen to LGBTQ Birmingham and Friends, we show the Classics to New Releases.

Journey Film Club aims to show a variety of different types of films to suit all tastes, on first and third Tuesdays of the month.

You choose what you want to bring along and share: We hold film meetings every so often to agree a future film schedule, what films we are going to watch and when, and who is going to bring the film.

You are welcome to just turn up, or visit www.journeyfilmclub.co.uk for more details.

Dunkirk is a 2017 war film written, directed, and produced by Christopher Nolan that depicts the Dunkirk evacuation of World War II.

In May 1940, Germany advanced into France, trapping Allied troops on the beaches of Dunkirk. Under air and ground cover from British and French forces, troops were slowly and methodically evacuated from the beach using every serviceable naval and civilian vessel that could be found. At the end of this heroic mission, 330,000 French, British, Belgian and Dutch soldiers were safely evacuated.