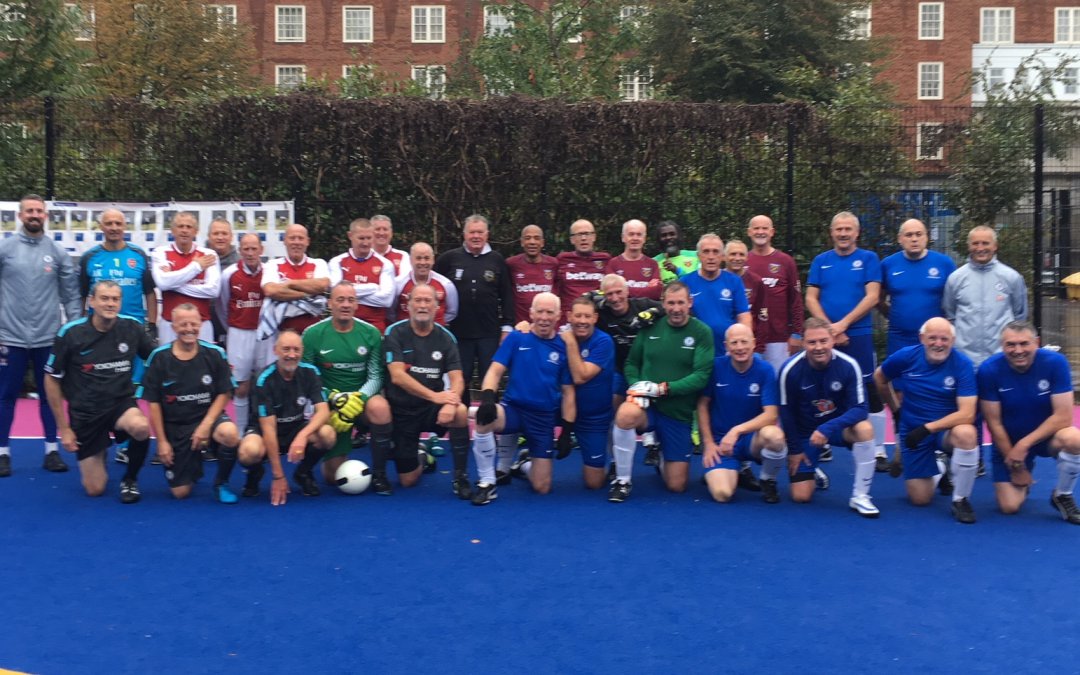 Walking sports were a popular theme again for Silver Sunday 2018 with Walking Netball in Durham and Walking Football tournaments for men and women in Birmingham, Dundee, Enfield, London and Worcester where eight enthusiastic teams competed for the “Silver Sunday Cup”, now an annual event run by the Worcester Community Trust, supporting their ‘Loneliness in Older People in Worcester’ campaign.

Walking Football has proven social, mental and physical benefits and with over 40,000 players in the UK, the Walking Football Association (WFA) claim it is “the fastest growing sport aimed at over 50 year old adults”.

We joined the Chelsea FC Foundation for their Walking Football Tournament at Pimlico Academy with six eager teams battling it out under torrential rain which despite its persistence couldn’t dampen the humour and high spirits.

You can watch our VIDEO HERE.

“The football is the excuse to get together (and) have some laughs. There are a lot of lonely people out there who want to meet other people. Football is the tool, we just come along, play football, the banter, we spend far more time socialising than we do playing walking football!”